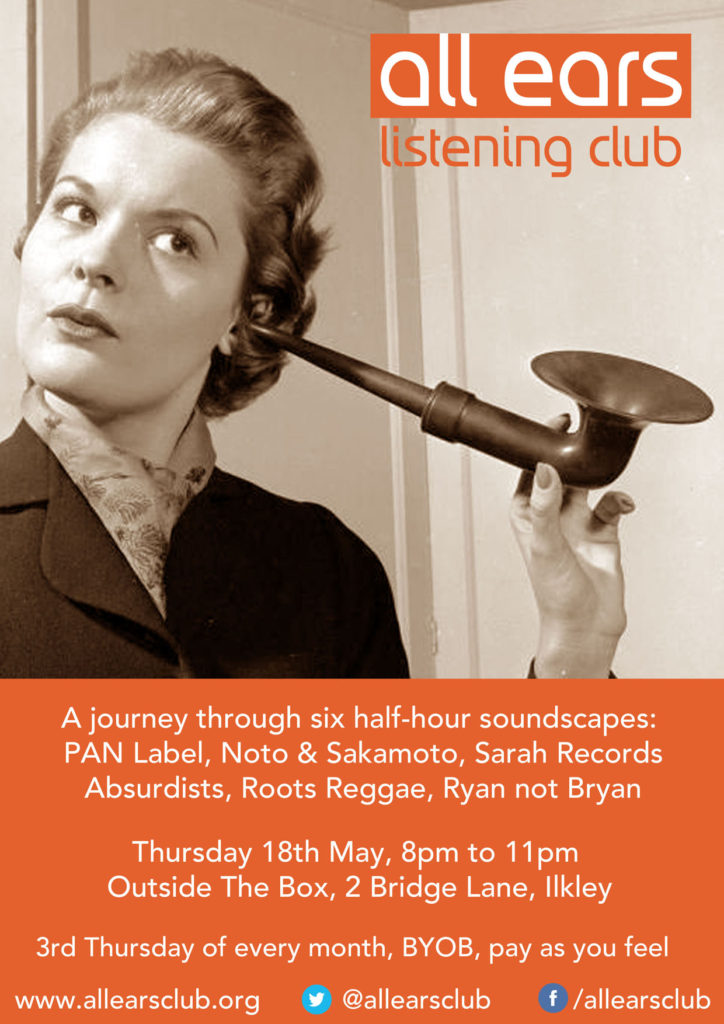 For those of you on Spotify most of the songs are in this playlist : All Ears 005 Playlist

The Alva Noto and Ryuichi Sakamoto film we played you can find on vimeo here.

A collection of acts that have produced odd, funny and sometimes absurd songs. Featuring: Ivor Cutler, The Bonzo Dog Band, Stump, Half Man Half Biscuit and more…

David Ryan Adams is an American singer-songwriter, musician and producer. He is best known for his prolific solo career, during which he has released fifteen albums.  He was born in 1974 in Jacksonville, North Carolina USA and was a member of alternative country band Whiskeytown with whom he released three albums before going solo.

At a concert in 2002, someone in the audience jokingly yelled out a request for “Summer of ’69,” a hit by the similarly-named Bryan Adams which he did not take well. In 2015, Ryan, who had since become friends with Bryan, played “Summer of ’69” at the end of a performance at the same venue.

By the end of the 60s Jamaican music was taking a more spiritual turn, combining Rock Steady, Blues, Gospel and Nyabinghi drumming with tenets from the Rastafarian religion. The new music spoke to the ghetto sufferer and the rural poor – addressing issues of oppression, black pride and a return to Africa – during a period of turbulent social change.

Sarah Records was a UK independent record label active in Bristol between 1987 and 1995. It is best known for its recordings of indie pop, mostly released on 7″ singles. It’s rare releases now command large sums.  The final track tonight is from a rare 12″ single by The Field Mice that is a very different sound from the jangly guitar pop they and many other Sarah Records acts tended to favour.

This set features a film of a performance from 2016 by Alva Noto and Ryuichi Sakamoto that takes place in the iconic Glass House in Connecticut, designed by the architect Philip Johnson in1949. The artist’s sample sounds generated from the architecture and also incorporate sounds from the weather outside.

You can find on vimeo here.

PAN is a record label based in Berlin and run by Bill Kouligas. Their releases mainly focus on experimental electronic and dance music. They have released tracks from established artists like Rashad Becker, Trevor Wishart and Florian Hecker, and supported emerging talents such as M.E.S.H., Helm and Objekt.