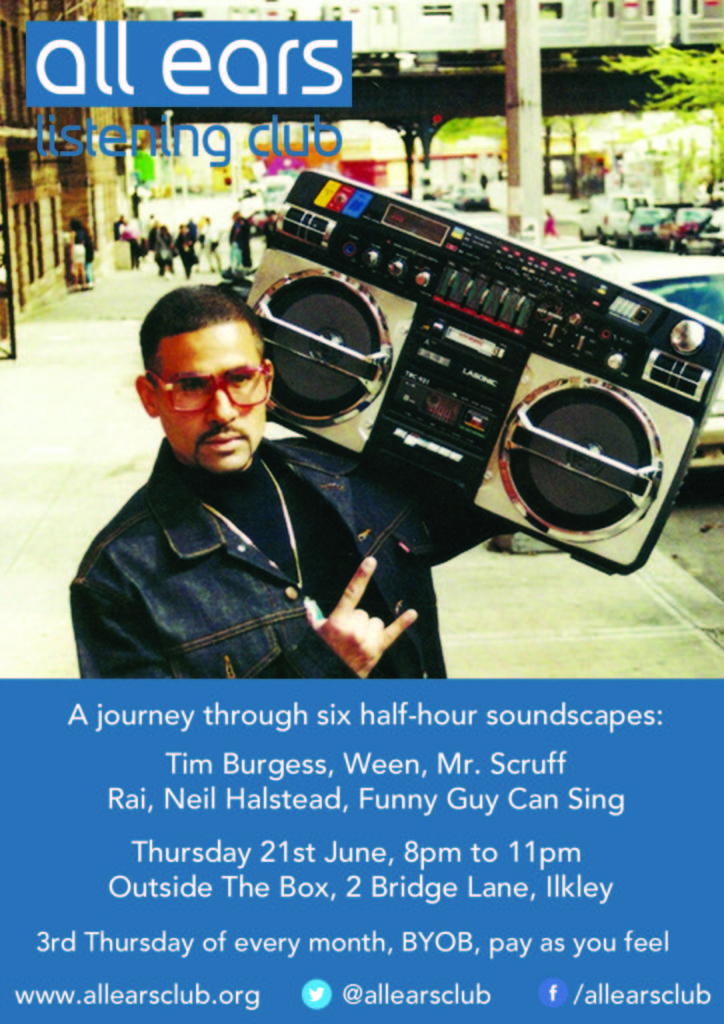 Except for the tracks from the Funny Guy Can Sing set which are all in this YouTube Playlist.

Andrew Carthy is better known by his stage name, Mr. Scruff, inspired by his scruffy facial hair and his trademark loose-lined drawing style. He is a record producer and DJ and has been associated with the Ninja Tune label for most of his career. He also creates the album art, videos and merchandise for his records with his own set of cartoon characters.

Best known for his work with The Charlatans, Tim also has recorded several solo records, collaborating with the likes of Lambchop, New Order, Peter Gordon, Throbbing Gristle, Factory Floor. Alongside records he has written 2 books, one celebrating the record shop, makes coffee for world peace (and David Lynch), runs a music festival and owns a record label. All whilst having the worst haircut in music.

Sometimes a song can have great comedic value and listenability all at the same time, it’s true! Our aim in this set is to prove just that.

Raï first emerged in the Algerian port city of Oran in the 1920s, it self-consciously ran counter to accepted artistic and social mores and appealed to young people who sought to modernize the traditional Islamic values and attitudes. The music blended Western electric instruments with regional, secular, and religious drum patterns and melodies.

Neil first released records with Slowdive, in the cathedrals of noise era of shoegaze, collaborating with Brian Eno on one of the genre’s best records, Souvlaki. After Slowdive broke up Neil, alongside Rachel Goswell for Mojave 3, a more alt-country direction. He has also recorded several folky solo records and formed another band Black Hearted Brother. Slowdive reformed in 2016 to huge acclaim and released a new album in 2017.