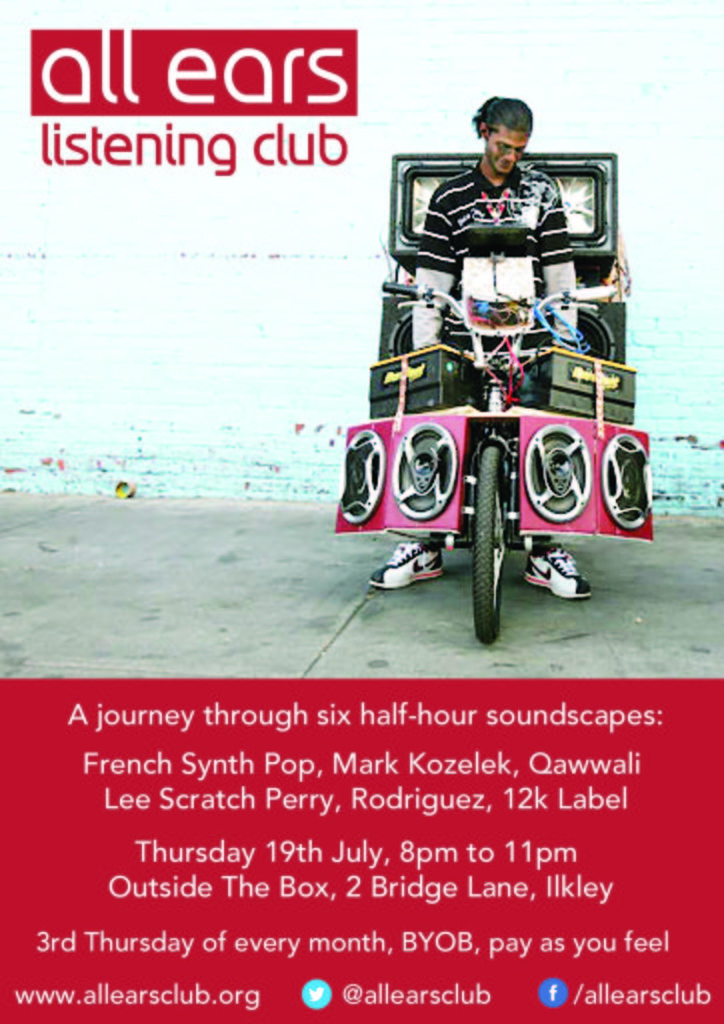 You can find most of the tracks on this Spotify Playlist,

except Tom Beesley’s Qawwali set which you can find on this YouTube Playlist,

and Emily Muirhead’s Rodriguez set which you can find on this YouTube Playlist.

Lee ‘Scratch’ Perry is a Jamaican music producer and a pioneer in the 1970s development of dub music: using remixing and studio effects to create new versions of existing reggae tracks. He has worked with and produced for a wide variety of artists, including Bob Marley and the Wailers, The Congos, Max Romeo, Adrian Sherwood, The Beastie Boys, The Clash and many others.

Qawwali is a form of Sufi devotional music popular in Pakistan and North India with its roots at the Sufi saint Nizamuddin’s shrine in Delhi. Its origins date from the late Thirteenth century.

I first fell in love with the music of Sixto Rodriguez in the 1990s. I was told that he had shot himself on stage in the 1960s, after his first album had bombed in the USA. Then in 2012 I watched a film called Searching for Sugarman which documented the search for Rodriguez. He had become the sound of the Apartheid in the 1990s and a South African cultural phenomenon, but like me, they all thought he had committed suicide. His music is unique and timeless and I am so happy this amazingly modest and talented musician is now enjoying the recognition that he deserves.

Mark Kozelek is best known as the main artist of the indie folk band Sun Kil Moon, and as the founding member of the indie rock band Red House Painters. He also released several solo and collaborative recordings. He appeared in several films: Almost Famous, Vanilla Sky and Shopgirl.

The celebrity soundbites of a typical ‘I remember the 90s’ TV show would probably suggest that the latter part of the decade was all about Radiohead’s melancholic rock and the UK’s post-Britpop hangover, yet across the channel the mood was notably celebratory. The blueprint of French house, or ‘French Touch’ as it is also known, can be found in the disco bass lines and filtered samples of Daft Punk’s early singles, such as Around the World. However not all French electronica from this period was aimed at the dance floor; the atmospheric, jazz influenced sounds of St Germain and Sebastien Tellier, combined with Air’s downbeat acoustic ballads, certainly prove that the genre wasn’t as mindless or repetitive as one might recall.

Label boss Taylor Deupree established 12k in Brooklyn, New York in1997. The label ‘fuses elements from ambient and acoustic experimentation with carefully arranged digital textures and associative micro-noises, the label’s aesthetics revolve around a precisely-outlined, yet deeply emotional concoction of the technological and the organic.’