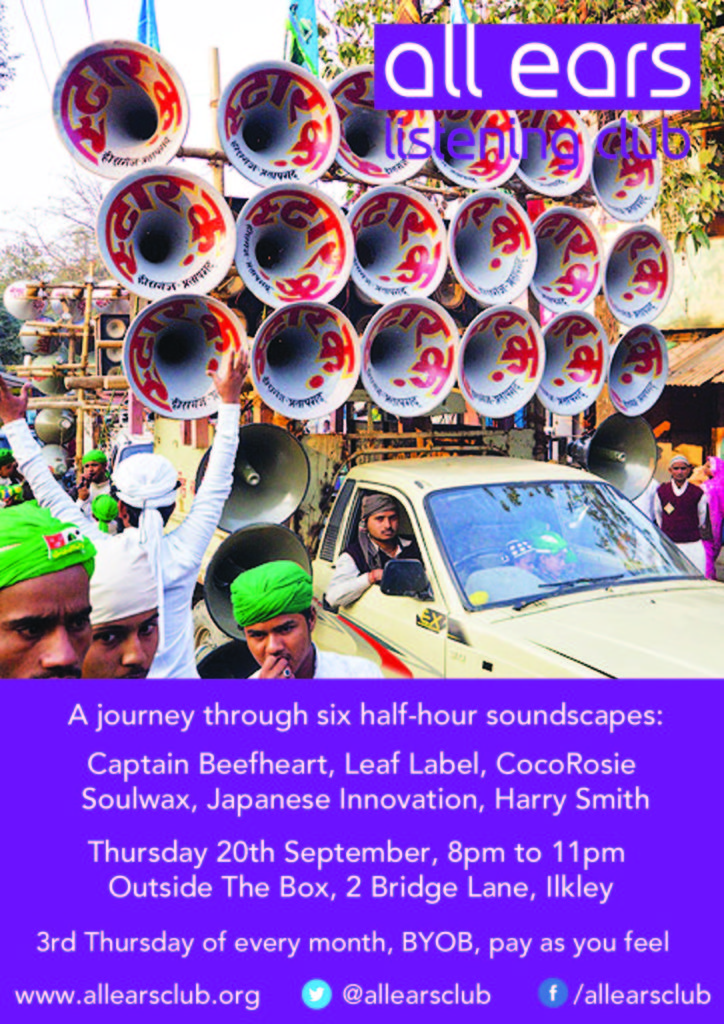 Also you can find Phil Hardy’s CocoRosie set on this YouTube Playlist.

And the videos that Simon played as part of his Soulwax set you can find on this YouTube Playlist.

The Leaf label was established in 1996 by Tony Morley and is now based in Horsforth, Leeds. Initially known as an electronic music label releasing mainly instrumental music – early successes include records by Caribou and Susumu Yokota – the company’s approach has broadened over the last few years and now features an eclectic range of artists including The Comet Is Coming and Snapped Ankles.

Soulwax are a Belgian band, centred around brothers David and Stephen Dewaele. Other current members include Igor Cavalera and Stefaan Van Leuven. In their other main guise as 2manydjs they released the album As Heard on Radio Soulwax Pt. 2 in 2002 which mashed up all kinds of old and new tracks. They have done countless remixes for many different bands.

“US freak-folk and fractured dream-pop band based around the half-Cherokee sisters Sierra and Bianca Casady. During the last decade, the duo have crafted precious music that frequently spirals off into pretentiousness, yet boasts a fierce beauty at its cluttered core.”
Gig review in The Guardian, 6 August 2012

With strong routes in the western post-war avant-garde explorations of minimalism and drone this is a sampler of essential underground Japanese recording artists from the last 50 years. Concentrating primarily on electronic and noise (Japanoise), of course this is not a complete survey of ground-breaking sonic experimentation, but just one blossom on a very large cherry tree. “If by noise you mean uncomfortable sound, then pop music is noise to me.” – Merzbow

I Love You, You Big Dummy: The music of Captain Beefheart – Phil Hardy

“Beefheart once described his thing to an uncomprehending radio interviewer as ‘music to dematerialise the catatonia’. His style was rhythm and blues-based but completely unorthodox in its approach to structure, rhythm and key.”
Obituary in The Guardian, 18 December 2010

Harry Smith was an artist at the centre of the mid 20th-century American avant-garde. Although best known as a filmmaker and musicologist, he described himself as a painter, and spoke of his art in alchemical and cosmological terms. In 1952 Folkways issued Smith’s Anthology of American Folk Music, comprising of recordings issued between 1927 and 1932. The 84-track anthology is recognised as a seminal inspiration for the folk music revival of the 1950s/60s. Smith spent his final years as ‘shaman in residence’ at Naropa Institute. Shortly before his death in 1991 he is quoted “I’m glad to say my dreams came true. I saw America changed by music.”