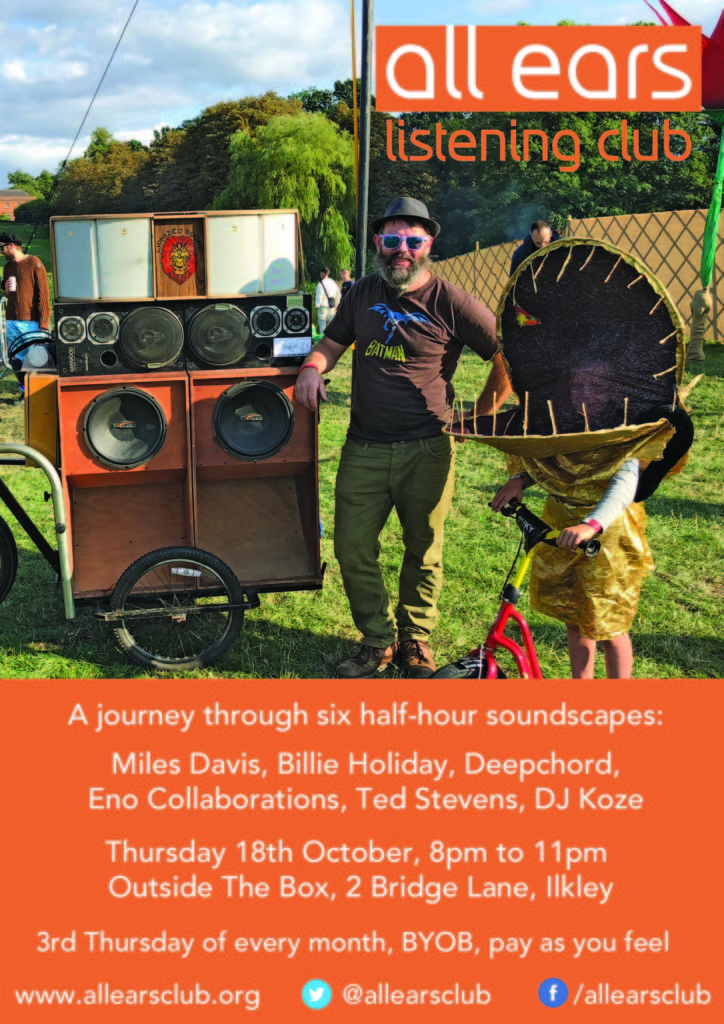 Stefan Kozalla, better known as DJ Koze, is a German DJ and music producer. He was part of German hip-hop act Fischmob in the 1990s, while also recording under the name Adolf Noise. He began recording under the DJ Koze moniker in the 2000s, releasing music through the German electronic label Kompakt. He has done remixes for countless acts.

Miles was an American jazz trumpeter, bandleader and composer. He was one of the most influential trumpet players in the history of jazz and 20th century music. His albums Birth of Cool (1949 &1950) Kind of Blue (1959 &1975) and Sketches of Spain (1960) highlight his innovation and incredible talent.

Ted Stevens came to ‘fame’ alongside Mike Mogis and Conor Oberst (Bright Eyes) as part of the vibrant, mid-90s music scene centred around Saddle Creek Records in Omaha, Nebraska. Through the mid to late ’90s Ted led Lullaby For The Working Class, releasing a handful of albums and EPs, each delivering the impassioned immediacy of emo-core with arcane, spine-tingling acoustic instrumentation. In 1999 Ted joined Cursive as guitarist, whilst periodically releasing his own music as Mayday and Unknown Ted Stevens Project.

Billie Holiday was a jazz vocalist born in 1915 in Philidelphia. Her first influence on her singing came when she used to run errands for the girls in a near-by brothel in return for listening to jazz musicians such as Louis Armstrong. She originally went to audition at a club to dance but didn’t get through but then was asked if she sang, and that was her break. In 1938 she appeared at Cafe Society in New York and introduced one of her best-known songs, Strange Fruit, a poem written to music by Abel Meerpool as a protest song.

Brian Peter George St John le Baptiste de la Salle Eno, born 1948, is best known for his pioneering work in ambient and systems music and as a highly influential record producer. Starting as the synth player for Roxy Music in 1971, he branched out on his own to help create ambient music. He has worked with some of the major artists of the last 30 years, including David Bowie, Robert Fripp, John Cage, David Byrne and more recently Damon Albarn.

Deepchord is the recording moniker for US electronic music producer Rod Modell. He also releases material using vintage analogue equipment with Stephen Hitchell as Echospace. The sounds at work are predominantly those associated with dub-techno: dubby beats, crisp static, synthetic analogue grooves, and deep chords. The film shown is an archive assemblage entitled Race for Space.