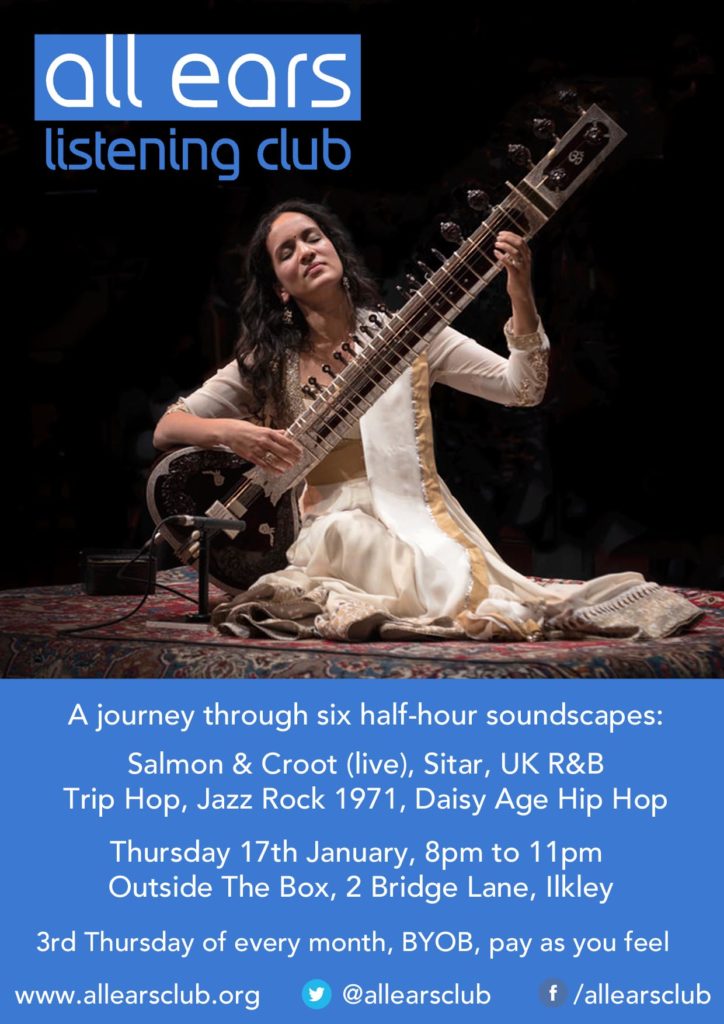 You can find Tom’s UK R&B set on this YouTube Playlist.

Daisy Age Hip Hop is a music genre that arrived in the late 80’s and early 90s. The bands associated with it were focussed on peace and harmony, a total contrast to the Gangsta Rap that was emerging at the same time. It is named after De La Soul’s D.A.I.S.Y. concept acronym “da inner sound, y’all” for their first album: 3 Feet High and Rising. As well as De La, this genre included bands like A Tribe Called Quest and Digable Planets.

Me Myself And I – De La Soul
For Da Love Of Da Game – DJ Jazzy Jeff
Sunshine – Mos Def
Rebirth Of Slick (Cool Like Dat) – Digable Planets
I Like It (I Wanna Be Where You Are) – Grand Puba
Passin’ Me By – The Pharcyde
Punks Jump Up to Get Beat Down – Brand Nubian
They Reminisce Over You – Pete Rock & C.L. Smooth
3 Ft Deep – DJ Format, D-Sisive, Abdominal
Check the Rhime – A Tribe Called Quest
Sum Of Us – Jurassic 5

It’s 1971. Sadly, the Beatles were finished. Many musicians felt three chord pop to be too confining and wanted, and were good enough as musicians, to fuse elements of pop, jazz, rock and blues into what became known as progressive rock. Tonton Macoute, in their only album, were one such band. The Mahavishu Orchestra, fronted by English guitarist John McLaughlin, lasted much longer…

The sitar was developed during the 16th and 17th centuries in India, arriving at its current 20 string form sometime in the 18th century. This 30 minute collection traces the recent history of Sitar recordings. From the improvisational Ragas made famous by Ravi Shankar in the 1960s, to the hippy embraced Raga rock movement, spiritual jazz of Alice Coltrane and more recent infusions into dance music. The music demonstrates the versatility of the Sitar (and its sister instrument the Tanpura) as a lead or backing instrument, or simply to provide a textured drone while other melodies take form.

Back in Perfect Harmony – Salmon & Croot

After a 17 year hiatus, “Kings of Variety” Salmon & Croot, return to the stage, in this, the first show of their 96 date warm up tour.

It’s difficult to put your finger on what Trip Hop actually is. As ever the term was coined by a journalist (circa 1994), and loosely describes an electronic and slow pulsed take on hip hop, often with a few psychedelic elements thrown in for good measure. In the UK we tend to think of the holy trinity of the Bristol Scene – Tricky, Portishead and Massive Attack – who were all at their peak in the early to mid 90s. These bands along with some Japanese and US takes on the Trip Hop vibe are featured tonight.

Contemporary R&B is a term used to describe a particular genre of black urban music drawing on soul, hip hop, pop and electronic dance music. Many view the music of Quincy Jones and Michael Jackson as the originators in this field. This selection brings together some of the current UK exponents of the style.